Our client operates in over 30 countries and their networked medical devices are used in hundreds of procedures every day. Given the nature of the shared responsibility of securing their medical devices across all of their stakeholders, they struggled to get a holistic view of the risks posed both to and from their devices and the surrounding network infrastructures that they are deployed within. In particular, the medical device manufacturer wanted assurance that it was doing enough to mitigate the tangible impacts that a malware attack could have and the resulting risk of patient harm. Furthermore, they wanted to ensure that they had a complete picture of their risk in financial terms and the effectiveness of their spending on technology and insurance to safeguard against these types of attacks.

Axio immediately recognized the problem and suggested a change in tactics from a compliance and controls approach to a risk-based approach enabled by Axio360. First, an Exposure Quantification was performed to first identify the risk scenarios associated with the networked medical devices and second, to create a financial picture of those risk scenarios, including a malware attack. Axio identified specific outcomes across the risk spectrum that could impact the company and its patients and assigned monetary losses to each.

Next, an Insurance Analysis and Stress Test was performed, mapping the discovered loss scenarios against the company’s portfolio of insurance and financial reserves. In this case, the device manufacturer discovered a scenario centered on cyber-predicated tangible damage that fell outside the scope of their insured losses and caused damage in excess of their tolerance, a problem that was fixable via a modification to the insurance portfolio.

Following this, Axio delivered a Program Evaluation to evaluate the maturity of the device manufacturer’s cyber program and help define the optimal target state utilizing data Axio has gathered from hundreds of prior evaluations. Finally, the client was benchmarked against their peer group, and gaps in the best practices applied by the device manufacturer were identified in short order.

Upon completion of the Axio process, our client’s concerns were alleviated. The CIO could point to specific cybersecurity controls and practices that demonstrated a duty of care across the device lifecycle and had a framework to analyze future iterations of proposed cyber defenses. The technologists, risk managers, C-suite executives, and Board members were able to collaboratively discuss cyber risk in a common language and begin to evolve their cyber maturity as a cohesive unit. The Board was also able to point to a benchmarking study proving they operated a cyber program more mature than a majority of their peers, with their target state pointing to a top quartile threshold, a key contributor to the newfound confidence that they were meeting an appropriate duty of care.

Axio was able to help us understand our risk in financial terms and quickly shed light on how effective our cyber programs was based on real data and current spending on technology and insurance.

Axio360 is deployed to deliver ongoing visibility into cybersecurity risk and enable portfolio companies to maintain target performance levels. Private equity firms succeed by identifying attractive investment opportunities, instilling operational and management discipline, and subsequently, realizing multiples of their initial investment upon exit. The middle element of that PE strategy is where value gets created…

Manufacturing Entity Justifies Cyber Spending and Maximizes the Benefits of Their Cyber Program Axio was approached by a global, publicly traded manufacturing company with two primary concerns: Their cybersecurity spending had been increasing, but the CFO was unable to get an answer as to the efficiency of that expenditure. Their cybersecurity spending had been increasing,… 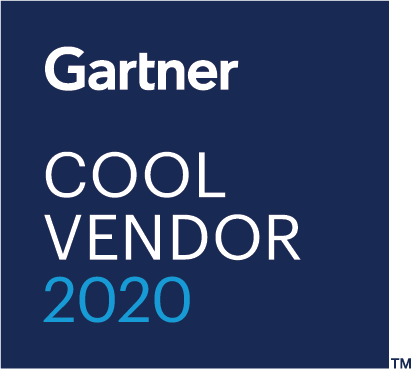